For all intensive purposes 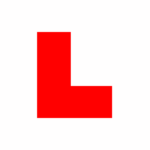 No, this isn’t going to be a post about commonly mispronounced sayings and phrases, although that may form the basis of a future post – I suppose that depends on whether I could care less or not.

This post was inspired by this post that I came across today on Catherine’s blog, and I thought driving lessons and tests would make a good topic for today’s waffle.

Son, we can do this the easy way or the hard way

It was 2002. I was 19, and I figured now was the time to learn to drive. Up until now, the only exposure I’d had to driving was playing the Gran Turismo series on the PlayStation, and driving my brother’s Vauxhall Cavalier around the car park at Morrisons at the age of 15 – during which I vividly remember exclaiming, “This is nothing like Gran Turismo! How can they call it the ‘Real Driving Simulator’?! Beggars belief.”

So I did some research and decided that, as I would be leaving college imminently and that a driving licence would help me find a job, doing an intensive driving course would be the way forward. I figured it would be easier to get it all done and dusted, rather than protract it out longer than needed. BSM (the British School of Motoring) were offering 30 hour intensive courses, with the driving test at the end, and I dutifully signed up.

The 30 hour lesson programme basically took place over the course of 5 days, but as the test was on the afternoon of the 5th day, with a two hour lesson beforehand, I basically had to cram in 28 hours of driving lessons over 4 days.

At the end of it, my instructor (Neville Blake, not sure if he’s still teaching!) was happy that I was test-ready and packed me off to the Driving Test Centre in Shrewsbury.

17 minors, 2 serious faults, 1 dangerous fault and a partridge in a pear tree

For context, if there’s anyone reading who doesn’t know how the UK driving test works, you are tested on a huge variety of driving tasks – it’s widely regarded as one of the hardest driving tests in the developed world.

If you make a mistake, that’s a minor fault. You are allowed to make up to 15 minor faults in your test and still pass, although if you repeat the same mistake too many times that can fail you.

There are also serious faults and dangerous faults, and just one of either of these is an automatic, instant fail.

The partridge in the pear tree is by-the-by.

I can’t remember what all of my minor faults were for, but I know I got at least three for “undue hesitation”, as I remember being a bit annoyed at being marked down for being too cautious, thinking that extra caution was a good thing. Of course, since then I’ve come to realise that good driving is not only about being safe and making progress, but also not impeding others who also want to make progress.

I’ve also forgotten one of my serious faults. The other one, however, is really annoying. I was driving down a narrow-ish road lined with parked cars, in a residential area. My speed was appropriate for the conditions, that much I am sure, but all of a sudden a small kid (is there any other kind?) rode out into the road on a little pushbike, shooting out from behind a hedgerow in his garden.

There was no way I could have predicted it – I couldn’t see movement under the hedge in the same way you’d be able to with a parked car – but I remembered my training and instinctively went to perform an emergency stop.

Unfortunately, I felt the brake pedal move away from underneath my foot as I went to stomp on it – the examiner had got there first. Again, if the examiner has to take physical action, it’s an instant fail. I was a bit aggrieved by this, as my reactions as a learner driver are bound to be a little bit slower than a seasoned professional, but never mind – the other faults meant I would have failed regardless, even if I’d completed the stop without help.

The dangerous fault was for pulling out of a (very short) slip road on to a dual carriageway and (apparently) causing a HGV to slow down to accommodate my manoeuvre. The fact I don’t remember even seeing the HGV is more worrying, so I’ll let that one slide.

So, what went wrong?

I was test ready. I felt ready. I knew the theory (I scored 35/35 on the theory test, although as that’s mostly just common sense I’m not sure how people don’t) and I could perform manoeuvres to perfection – even the parallel park, which I’m terrible at nowadays on account of hardly ever having to do it.

I think the problem I had was that I simply did not have enough “on the road” experience. 30 hours of non-stop learning would tire anyone out regardless of the
subject matter, so it’s hardly a surprise that I clearly didn’t take
enough in.

One of the first things my instructor said to me was that he wasn’t teaching me to drive, he was basically teaching me to pass the driving test, because you never stop learning how to drive. And he was right.

I stopped learning to drive after my test, until the spring of 2004 when I resumed lessons – one a week, this time with Geoff Young (who I think is still teaching, I see him about occasionally) and with lots of private practice in between to build up my “road hours.”

It turns out that there are a huge number of variables and scenarios that you will encounter when out on the road that learning to drive in such a short space of time just cannot prepare you for.

I passed my second driving test in August 2004, with just 4 minor faults this time. Interestingly, during this test, we came upon a “fresh” accident on a dual carriageway, and my examiner – to his credit – advised me on how best to deal with the obstruction as if he was my instructor, not my examiner.

My advice to anyone looking to learn to drive is, put simply:

And finally, enjoy yourself! Driving offers you unprecedented freedom to go and do whatever you want, it’s worth the effort.

Turning over a new Leaf

A couple of my favourite jokes…