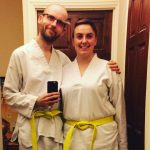 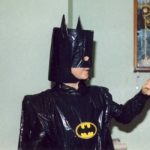 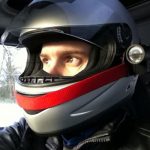 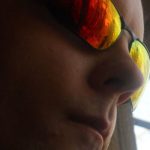 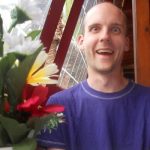 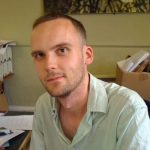 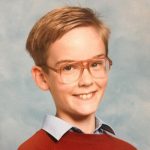 Well, I’m GazChap. That isn’t my real name (D’uh – Ed) but an alias that came about in 1998. It’s stuck with me ever since, and it is still relatively unique on this big old Internet. I chose it simply because my real name can be shortened to “Gaz” (and in fact, I prefer it when it is) and I am a chap.

I’m 35 years old, with a birthday in early September. This makes me a Virgo, if you’re into that sort of thing. Thankfully, I’m not.

Born and bred in Shrewsbury (the county town of Shropshire) I now live in nearby Broseley with my lovely wife.

What makes me tick?

Outside of my job (web development) my main interest and hobby is target shooting. It’s usually around this point that people say “Oh my god, he’s a gun nut!” and run away, which is understandable – if a bit depressing.

My principle discipline is 6 yard bell target. I shoot in an annual pub league (for the Telepost Rifle & Pistol Club in Shrewsbury, fact fans) which keeps me occupied on a Tuesday night. It helps that I’m pretty good, too.

When I’m not shooting or working, I can usually be found doing something related to cars. I’m very much a petrolhead, although it wasn’t until fairly recently (2008-ish) that I started thinking of cars as more than metal boxes to get you from A to B. I change cars almost as often as I change my underpants, and plenty of information about them can be found on this blog. Somewhat ironically, however, in September 2015 I started driving a Nissan LEAF battery electric vehicle as my daily driver – dirt cheap running costs were the primary attraction, and although it’s largely been a pleasant experience the lack of range has caused a couple of issues, so it went back to the dealer in September 2017 and was replaced by a filthy diesel, and then in July 2018 was replaced by a petrol hybrid (a Toyota Yaris) – which I currently still pootle around in for around 18,000 miles a bloody year. 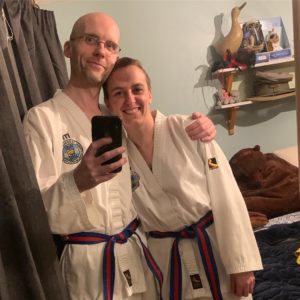 Wax on, wax off

Since March 2016, I’ve also been training in the Korean martial art Taekwon-do, at a local dojang. Jem signed us up for it without really knowing what to expect, and I have to admit we’ve both been bitten by the bug, just as our instructor (Mr. Morris, V Degree) said we would be. Our last grading was in March 2019, and currently we are ranked as 3rd kup blue/red stripe students. It’s cracking fun, even if it has made me realise that I really need to work on my flexibility.

A different kind of shooting

I also like to dabble in photography, and although I’m still very distinctly amateur, people do tell me I have a good eye for a photo. I shoot with a Nikon D7000, which is far superior in almost every respect. The camera on my iPhone XR is pretty good and comes in handy for “snap shooting” – as they say, the best camera is the one that you have with you, and my phone goes with me everywhere.

I’ve got a question for you…

Well, shoot. Contact me and ask away. I’ll answer anything. Seriously, anything. I’m one of these weird people that has no secrets at all (Oh yeah? What about that time you… *urk* – Ed)

I’ll even post any interesting questions (and their answers) on this blog.