We can go my way, or the Electric Highway

The eagle eyed amongst you will have no doubt noticed that I didn’t post yesterday, thus technically failing the “post every day in September” challenge that I’ve been setting myself.

However, I had a good excuse – I was driving, and as per my earlier post, I didn’t really think it was a safe (or legal) time to start tapping away on my keyboard.

If you read my last post, you will already be aware of my journey. I was to drive to Gloucester, to meet up with Katy, Aisling and – of course, Jem – in preparation for their Great Highnam Court Run – the inaugural 10K race around the Highnam Court estate.

Upon arrival at work yesterday, I immediately set about charging the LEAF. There is no dedicated charger at work, so I had to use the LEAF’s EVSE (Electric Vehicle Supply Equipment) adapter to plug into a standard 3-pin socket (known to plug connoisseurs as the BS 1363 Type G, and arguably one of the best plug designs in the world – yes, I have an anorak)

Our office roof is covered with a large array of solar panels that pretty much power the whole office most of the time, so the charge was effectively free.

At the end of the day, and with my battery at 99% full, I set off home to feed the cats and get on the road.

I set off for Gloucester at 7.15pm (I didn’t just feed the cats in the end, I had a shower and did a couple of chores too, in a (probably vain) attempt at making Jem’s life easier when she got home.

I’d already planned to stop off at Frankley services on the M5 to recharge, and did so with 35% battery remaining: 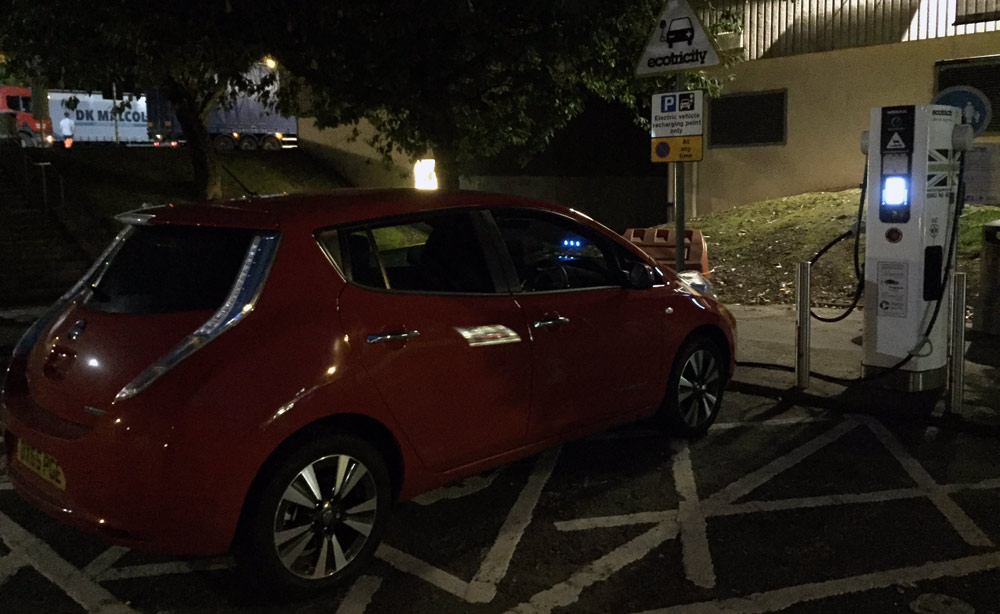 I thought I’d hate having to stop off and charge every so often, but it does actually provide a welcome break (no pun intended, especially given that the Frankley services are run by MOTO) and I took the opportunity to sit down with a coffee and read a bit of Red Dwarf: Infinity Welcomes Careful Drivers on my nook.

35 minutes later, I unplugged and continued on my way – the rest of the trip was uneventful, and I arrived at my destination with 26 miles left on the guess-o-meter (range counter) – it took me a while to find the house though, thanks to what I can only describe as one of the strangest road layouts, coupled with one of the strangest house-numbering schemes I’ve ever seen.

Not much of a leg, this. Or at least, it shouldn’t have been. The idea was simple enough – drive to Highnam Court and drop the racers off, and then head over to Gloucester Services on the M5 to recharge in preparation for the journey back.

Gloucester Services is, incidentally, the nicest service station on the motorway – with Tebay Services (operated by the same group, Westmorland) coming a close second.

I got to Gloucester Services with just 8 miles left on the range counter, and dutifully charged up and took the opportunity to stuff a breakfast bap and a cappuccino into my face.

What should have then happened was simple – drive back to Highnam Court, pick up the racers and then go back to the house before heading home. However, I inadvertently took a wrong turn and ended up travelling 16 miles out of my way, which kind of defeated the point of recharging, but never mind – it could have been worse – Jem and Aisling, while driving from Brighton to Gloucester last night, somehow ended up taking a wrong turn and arrived in Oxford somewhat bemused at how they managed to go so far out of their way. They eventually got to Gloucester an hour and a half later than planned.

Anyway, I went back to Highnam Court and after the race finished, we had a bit of a walk around the grounds and the lovely scenery within them: 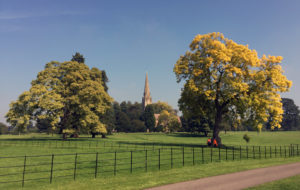 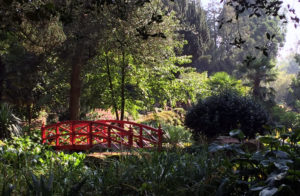 This was where it got interesting, although in hindsight there was no need to worry. 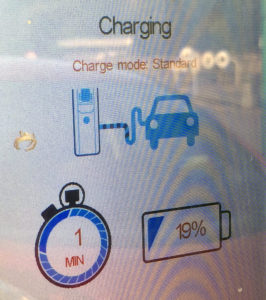 However, when I got going, I figured that it should be fine – the range counter has been pretty accurate so far, so I threw caution to the wind and went for it.

Jem, driving separately of course, went flying off into the distance and left me for dust.

On the way to Frankley, I saw one of the matrix signs on the side of the road that read “SMOKE. SLOW DOWN” – not a message I’d come across before, but sure enough, upon rounding the corner I could see that the carriageway was covered in smoke, pouring out of what looked like either a Ford Galaxy or a Vauxhall Zafira that had caught fire on the other side of the motorway.

I felt sorry for whoever owned the car, and yet at the same time felt oddly smug that the fire was likely caused by diesel runaway or something like it, and that me, in my not-creating-thousands-of-explosions-per-minute car would never have to worry about such things.

I arrived at Frankley in good time and with a good 18 miles or so left on the range counter, no doubt helped by my driving at a steady pace and generally taking it easy – which makes for a far more relaxing drive. I plugged in and enjoyed a mocha latte and a few more chapters of Red Dwarf.

I then had enough charge to get me home, but I decided to stop off at Telford services on the M54 for a further topup as my back and legs were really starting to ache and I could do with the break.

Yup, that’s right. In total, from Broseley to Gloucester and back again (including the detour, and the associated journeys) I drove nearly 217 miles.

In the LEAF, thanks in no small part to the Ecotricity Electric Highway (which is currently completely free of charge – again, no pun intended) and the solar panels on my office roof, the total fuel cost for this journey was a big fat zero.

“Totes amazeballs”, as I believe the cool kids say these days.