At least, I assume that’s what KIDS are.

I’ve long held the opinion that, when it comes to children, I don’t want any. I’ve never been particularly keen on them, probably mainly because I didn’t really “get” them and consequently always felt really awkward around them.

If I went back in time a few years and told my past self that in The Year Of Our Lord 2015 I would be living with two children and my partner, I’m fairly sure that past self would have scoffed and then probably tried to have my current self sectioned or something like that, but there you go – I guess things change.

For my part, I realised immediately after meeting Jem that everything about her was just… right, and as she appeared to feel the same way about me, I didn’t think it justifiable to effectively stop our chances of mutual happiness just because her vagina had expunged a couple of mini-humans.

Speaking of those two, here they are, in a photo that I took of them at the weekend while they were running around playing at being superheroes. Oliver, on the left, was “Superman” (in a cape that for reasons unknown reminds me of the rocket from Button Moon) and Isabel was “Superlady, Queen of the Strawberries.” 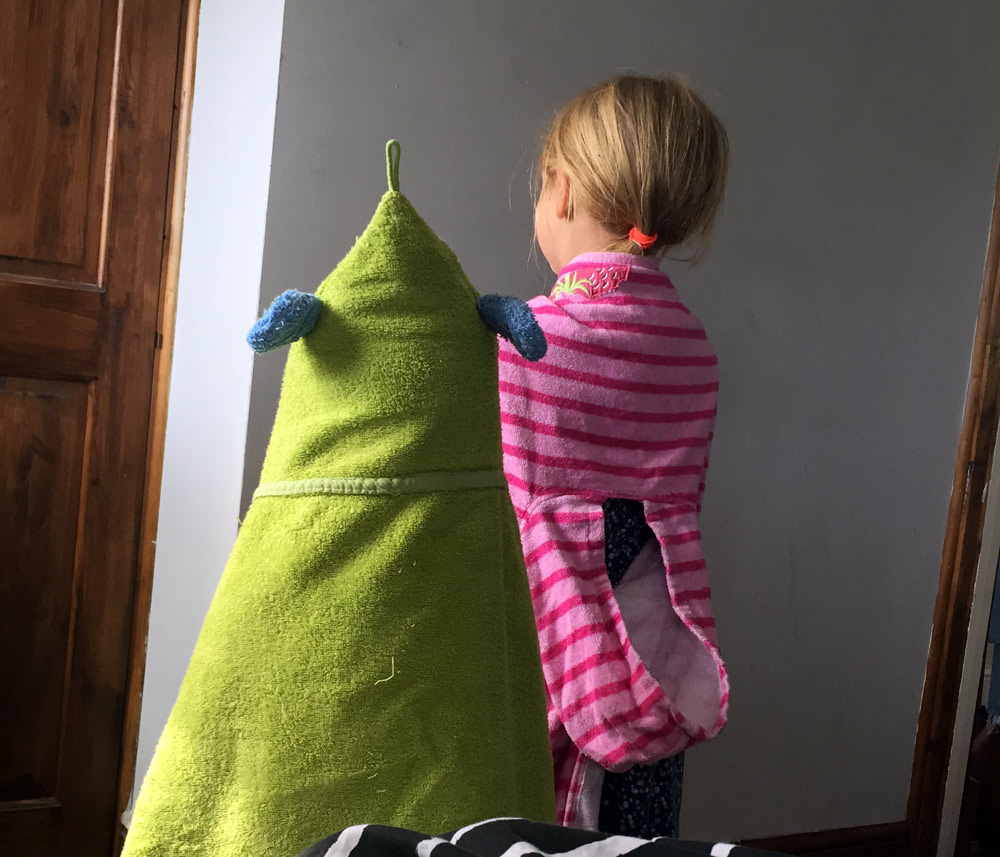 I’ve been living with Jem for just over a couple of months now, and although admittedly the kids weren’t here for a lot of that time (during the summer holidays, they spend most of the week with their Dad and the weekends with us) I’m quite surprised by how quickly I’ve become accustomed to having the little ankle-biters around.

Dare I say it, I’m even becoming attached to them!

I suppose it helps enormously that they seem to like me and are apparently keen to spend time with Jem and I, so that’s good – it could have been very different I suppose, had they taken umbrage at my appearance on the scene.

I’m also definitely softening up as a result of the exposure to little people. I can genuinely see why (some) parents talk endlessly about their “little cherubs” and take any opportunity they can to whip a photo out of their purse/wallet to show anyone that will listen.

One of the things that I like most about Izzy and Olly is that they respond very well to being spoken to like adults – if that makes sense. I’ve always hated it when people do the whole “baby talk” thing (“cootchie-cootchie-coo” and all that rubbish) even though with other people’s kids I’ve found myself doing that almost without thinking. With these two, I can have a reasonably adult conversation with them and they will be able to respond back – they’re also of sound mind enough to ask me to explain something if they don’t understand what I’m rabbiting on about, which is refreshing.

Jem is a trooper too, and puts up with what is possibly the worst part of parenting – the temper tantrums. I don’t quite feel “ready” to become a proper “stepdad” to them as it were, and would feel really awkward disciplining the kids – they’re not mine to discipline, after all – so Jem has to deal with that side of things.

She’s clearly nuts though, as a couple of weeks ago Jem asked me to babysit for her on the Sunday morning while she went to Ellesmere to compete in a 10K race. To say I was terrified is something of an understatement…

What’s the worst that could happen?

Jem had primed the kids already, telling them that I’d be looking after them and that they had to be good. Yeah, like that’d work.

I figured, with Jem’s agreement and blessing, that I could just shove a film on for them and they’d sit there and watch that. They love the Despicable Me films (as do most kids I imagine) so I put on Despicable Me 2* and left them to it.

Regrettably, this didn’t work quite as well as I’d hoped – probably because they’d only just watched the film the previous weekend, so they got bored fairly quickly and started running around the house doing their own thing. Which, you know, I don’t have a problem with, but I was just a bit overwhelmed having to try and keep track of what they were doing.

So, I suggested we take a walk to the nearby park and they could have a play on the play area. They were very keen on this idea, so I dutifully got them into their shoes and coats, asked them if they needed the loo (both gave a resounding “Noooo!”) and then we set off.

Upon arrival at the park, the kids had a bit of a play on some of the play equipment and then decided to start making cakes for their imaginary family that they’d just created on the spot – which is another thing I like about these two. I guess this is the same for most children, but their imaginations are incredible – I don’t ever remember being as creative or imaginative when I was a child.

At some point, I heard a rather loud trickling sound and realised, to my horror, that Olly had had an accident and pee’d himself – not really his fault, he’s currently potty training and can still sometimes get a bit overexcited. I didn’t have much of a clue what to do, but figured I had two choices:

I chose number two. Jem later told me she would have gone for number one, and in hindsight I probably should have, but we’d pretty much only just got there so walking back home straight away seemed like a bit of a waste.

At least Olly hadn’t also chosen a number two for his accident – I’ve never had to deal with anything like that before and the concept still frightens me a little! It’s not even just kids either, I’m not hugely fond of dealing with that kind of thing in any shape or form – I used to have to let my Mum clean up the dog poop from the back garden when I was growing up etc. 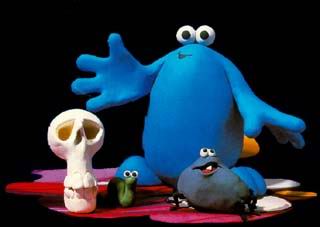 Other than that, the rest of the morning passed by without incident – I even made the kids some lunch, how very adult of me! I then sat them down in front of The Trap Door until Jem got home.

The most interesting thing for me was that, even though I was terrified of this responsibility, I actually enjoyed it. I never thought I’d see myself type that, but I genuinely did. It’s really quite nice to be part of a family, and even though they’re not my kids, I do hope that I can become an intrinsic part of the family unit as time goes on.

* As a side note, one thing I’ve learned since starting to see Jem is that kids, when put in front of a film or TV show, will somehow manage to identify the one line in the dialogue that will annoy the hell out of any adults nearby when repeated ad infinitum, and then proceed to do just that. In the case of Despicable Me 2, this honour goes to this simple line, which is forever etched into my conscious (and probably subconscious too, by now): “LIPSTICK TAAAAAA-SERRRRRRRR!!!”