I’m currently in the process of putting as much of the extraneous possessions I’ve acquired over the years on to eBay.

One of these items is my old 32″ television, which we definitely no longer need as we have an LG 37-incher in the living room and no real room for any other TVs anywhere else.

Unfortunately, the TV is quite old and doesn’t have an in-built Freeview tuner, so without being paired with a set-top box it’s not much use as a TV. This meant that to show it worked on the eBay listing, I had to come up with some other video source.

What better than my good old Sinclair Spectrum 48K? Yup, the one and only original squidgeboard: 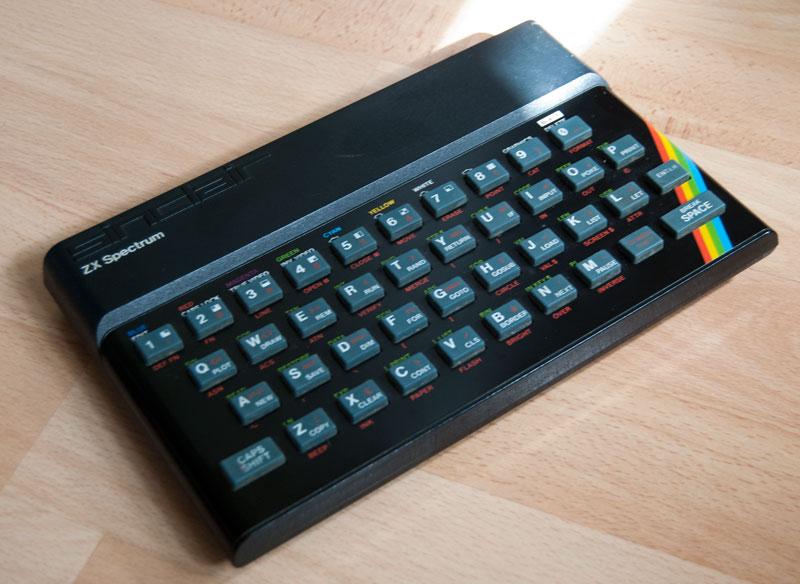 So, I plugged it all in and set the TV searching for the channel the Speccy was using to send it’s display to the TV. Once acquired, I set about writing a short Sinclair BASIC program to show off the TVs abilities (yeah, right…) which resulted in this picture: 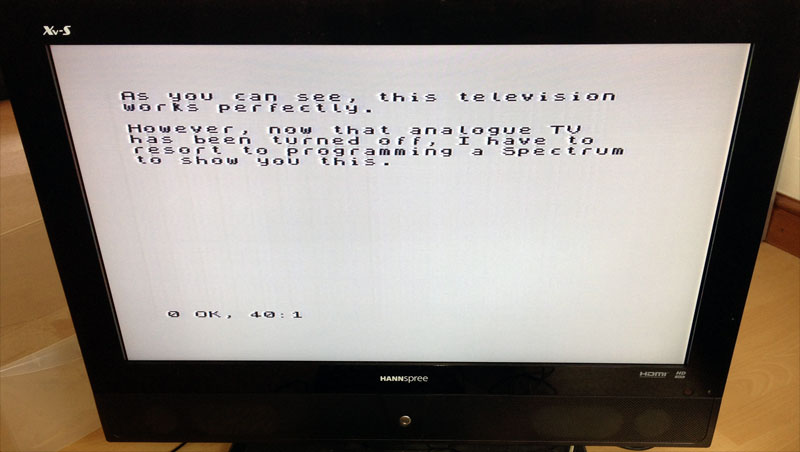 The eBay listing was completed, and I continued about the rest of my Sunday afternoon business.

This involved a trip to Tesco, where I randomly stumbled upon a 3.5mm jack-to-jack lead on the floor. Curiously enough, I’d been thinking about getting one of these for a while to connect my iPhone up to my car stereos where Bluetooth wasn’t available, but now I had another purpose in mind when I spotted it on the floor.

I mean, OK – you can fire up an emulator on your PC any day of the week and (thanks largely to World of Spectrum) play pretty much any Spectrum game you can think of there and then. However, nothing is quite like The Real Thing, is it?

The question now became, how to get the Spectrum game images (TZX files) into a format that the iPhone could play and that my Spectrum could understand.

Fortunately, I soon discovered a (frankly, brilliant) app in the App Store called Speccy Tape. It does exactly this – it takes a TZX file (also works with TAP files I think) and converts it to audio, plays it out of the headphone jack on the iPhone and the Spectrum loads the program from the audio.

The app description suggests that you need some form of amplifier to use it with a ZX Spectrum like mine, but I can happily report that no such device is needed with the iPhone 4 – you have to put the volume up to maximum, but it works brilliantly. As you can see: 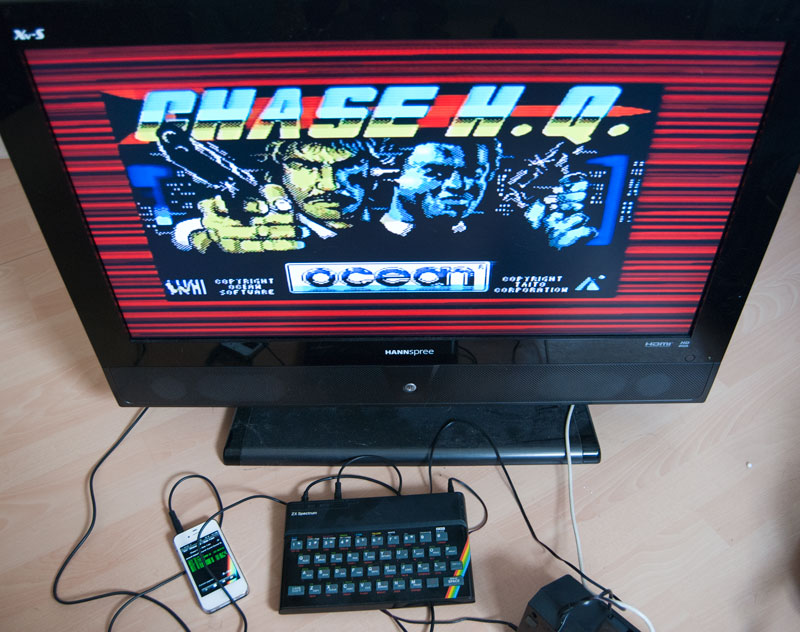 That’s pretty much my entire Sunday afternoon gone for a Burton, then.