A week ago, Jem and I took the kids on a semi-planned day trip out to the Black Country Living Museum in Dudley. 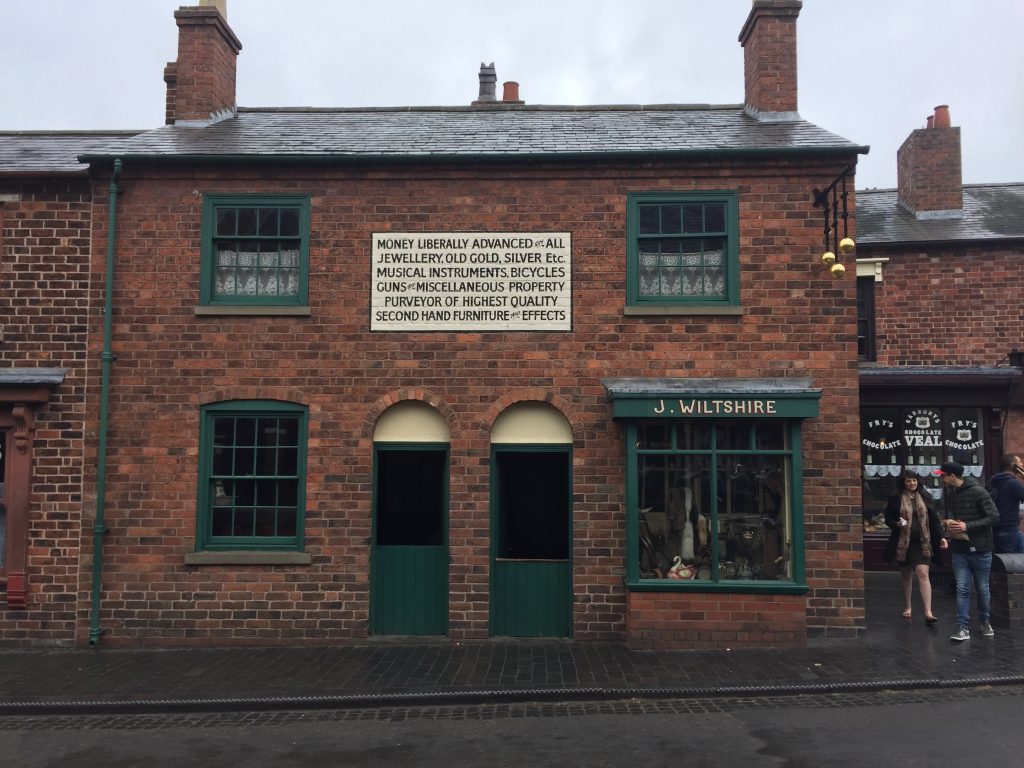 I’d not been before, but the name made it sound like it would be right up my street, being a little bit like Blists Hill Victorian Town in Coalport, which is just down the road from us and (from what I remember) is a cracking museum for kids and adults alike.

On arrival, we met up with a couple of friends and made our way into the entrance.

The ticket prices were higher than I expected, but on reflection not outrageous – about £17 for adults and £6 for “young people” (5-16 year olds) with under 5s getting free admission. The ticket is valid for unlimited repeat visits to the museum for 12 months though, which adds value.

After walking out of the entrance hall into the “museum” itself, my first impression was that I’d been transported back through time to an era of pantograph-powered electric trolleybuses, tiny little car/motorbike hybrid things and men in white coats. The kids (particularly Olly) were enthralled with the old buses on display, and were keen to have a trip on the electric trolleybus which takes visitors into the main “town” – which we swiftly proceeded to do.

Upon arrival at the town area, Izzy spotted an old-fashioned Helter Skelter tower sticking up from behind a building and insisted we “go to the fair.”

All’s fair in love and war

We were quite early, and I don’t think they’d fully opened up yet and got everything staffed, as there weren’t many people milling about at the fair area. There was a merry-go-round/carousel, some sort of horsey-related ride, the aforementioned Helter Skelter, and the typical fairground games that you still see today – a rifle range, a coconut shy and of course the classic hook-a-duck.

The attractions at the fair are not included in the entrance fee, which I thought was a bit of a swiz. You instead buy tokens from the shop and use those on each ride – some rides cost one token, others two, and tokens are £1.50 each. Having failed miserably and not brought any cash with us, we limited the kids to one ride each. Izzy chose the Helter Skelter and looked suitably impressed after sliding down the rickety ramp, and Olly enjoyed his go on the merry-go-round.

The young girl operating the rides didn’t look hugely happy about her job though, but perhaps that’s just part of the Black Country charm.

A trip down memory lane 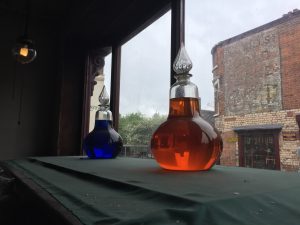 After this, we went to the on-site school, modelled after a primary school from the 1920s (if I remember rightly) complete with horrifically uncomfortable wooden chairs and desks, and an omnipresent schoolmaster with a steadily twitching cane. The school actually runs lessons for visitors at certain times during the day, on a variety of subjects, with everything being done as it would have been back then. We didn’t stay for one, but observed one being carried out, and it was an interesting look on times gone by.

Continuing on into town, we came across what almost seemed like a set from Coronation Street, with that quintessentially Northern style of brick houses (each one apparently transported brick-for-brick from their “real” locations in the Black Country) – we saw a butcher and a baker, I’m reasonably sure I spotted a candlestick maker and there was also a confectioner, a pharmacy (excellently called the “druggist”) and a Methodist Church, along with a couple of residential houses. Some had staff members dressed for the period acting out stories and interacting with visitors.

We then came to what was arguably the highlight of the day – Hobbs & Sons Restaurant. This is a quaint little chip shop which does everything the old-fashioned way. Chips are cooked in beef dripping, fish in beer batter, and if you ask for “scraps” you’ll be given a veritable mountain of batter scraps on top of your chips – bloody lovely, but a little bit pricey – £6.50 for a portion of fish and chips, and not a huge one at that. We’d also advise going to the chippie early if you can, as the queues apparently get very long!

(they do also have vegetarian and gluten-free options available apparently, if beef dripping isn’t your thing) 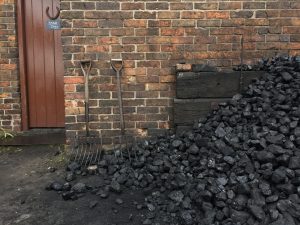 Also on-site is the Limelight Cinema, again transported brick-by-brick from it’s original location – and basically a silent movie cinema that was run by a family in their back garden in the Black Country, where they would charge their neighbours a small amount to come and watch a film. They do showings every hour I believe, and in our showing we were treated to a Laurel & Hardy classic – The Bohemian Girl, from 1936. I’d never really seen any of their work before, but it was very enjoyable to watch and the “atmosphere” of an olde-worlde cinema added to the impact.

There is also a tour of an old Black Country mine, named “Into the thick” – this is a 20 minute tour that takes a group of visitors underground, in pitch black dark surroundings (each visitor is given a hand-held torch) – unfortunately the ceilings are very low so I was unable to take part in this thanks to my current back problems, but Jem enjoyed it – as did the kids.

I had a thoroughly enjoyable time at the Black Country Living Museum, even if I didn’t get to see parts of it as much as I’d have liked. It was a most interesting step back through history and seeing how the world used to be. I will definitely be going again.

My only complaints really are that the fairground rides should be free of charge given the cost of entry (although I don’t have a problem with the prize games having a cost) and the parking should also be free. You have to pick up a ticket on entry into the car park, and then use that ticket at a pay machine before you leave to get a token to exit the car park – the token costs £3.00 (although Jem thought it was the same tokens used at the fairground, in which case you could feasibly buy one for £1.50) – but it should be free.