After all of the hype, concept drawings and years of waiting, I’ve at last been for a test drive in the GT86, from William A. Lewis Toyota in Shrewsbury. 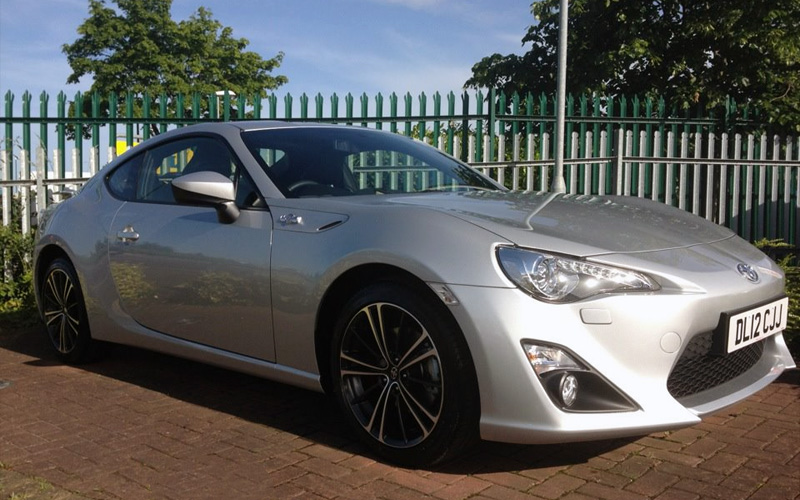 OK, so it’s not going to set the world alight with it’s speed, but it’s certainly no slouch. Certainly felt quick enough to me, and the sound it makes when going up through the rev. range is actually really nice – sounds almost like a V6.

The gearbox is fantastic, the shift is very precise like the Mk1 MX-5, and it’s dead easy to switch gears.

The brakes are awesome, they make the brakes in my GT-Four feel pitiful, so much so that I think I may have to upgrade them – they have never really seemed weak before, but compared to this they’re terrible.

Steering is top notch, it doesn’t feel light like most electric power steering, it’s heavy enough to have substance but without feeling too numb. The car just goes where you tell it to, very reminiscent of the MX-5 in that regard.

Suspension is firm but not too hard. Better than the GT-Four in that
regard, but it’s obviously not going to compare to a BMW or anything
“luxury.”

Seats are very comfortable and keep you pretty well in place when hooning around corners. I didn’t get much chance to get the back out, but you could tell that it wanted to. The back seats are all but useless, however. You could just about fit a kid in the back, or possibly a thin adult – but if they’re taller than average they’ll be banging their head on the rear screen.

Good visibility all round, good head unit with responsive touch screen (far better than most in-car touch screens I’ve used) and with a good set of features. Cruise control is standard, although I didn’t use that.

The analogue speedometer is virtually useless, but that’s OK as the digital readout in the centre (inset to the rev-counter) is easily seen.

Silver is a terrible colour for the car, and the wheels are awful, but it does still look good even with these shortcomings.

Very tempted to get one, but it’d have to be red or white, and if white I’d possibly get a Castrol theme going to match the GT-Four.

Stop being greedy - you have too many cars as it is !!